We had been held in this hole at Tach Kisschler until January 1916.

Until October we had a very rough time of it indeed. We were fed alternately upon dishes of boiled wheat and steamed wheat with fat, just as I have already described. There was no change.

But in October 1915, Dutch ladies commenced to visit us. They brought money to us that we understood came through American channels. They brought in gifts of Sanatogen, Wincarnis, eggs, condensed milk and sugar. These ladies came to the hospital every morning. They were the two daughters of the Ambassador at the Dutch Legation in Constantinople - the Mademoiselles Bertha and Frida Willebois. To the wounded Australians in that hospital they behaved as "trumps".

Men who could walk were expected to act as orderlies - to bring in medicines and the like. A "Tommy" Corporal named Harry Turner had the distribution of a lot of the gifts brought along by the ladies I have mentioned. He was a "waster"; his own Tommy "cobbers" will tell you that. He gave more of the gifts to the Turkish wounded men than to ours. He could squeeze "baksheesh" out of the Turks. Perhaps that was the reason there was a large number of Tommy wounded in this hospital.

I remained at Tash Kisschler Hospital till January 27, 1916. At Christmas time 1915, the Dutch ladies, asserted by the Roman Catholic Bishop, gave us a really splendid turn out. We had roast turkey and roasted chestnuts and the Bishop had the boards and blinds taken down from the windows so we had more light in the place. I underwent two further operations here, small frags of bone being removed from my leg.

A SUCCESSION OF CHANGES

From Tash Kisschler I went back to Harbia Hospital. There I found the friendly German Sister from the operating room and was in charge of us. A young German doctor, whom I had met when I was here before, remembered me. He was quite surprised that my leg had been removed and stated that if I had remained at Harbia I should not have lost it. The German Sister also said the same.

During my second stay at Harbia I was operated upon twice. At the second operation they removed a piece of bone from the stump of my amputated leg. The operation revealed that on the occasion of the operation at Tash Kisschler the bone of my leg had only been partially sawn through and then snapped off! I was unconscious, of course, but my friend Daren, who was there and who came across from Turkey with me, can tell you all about it. 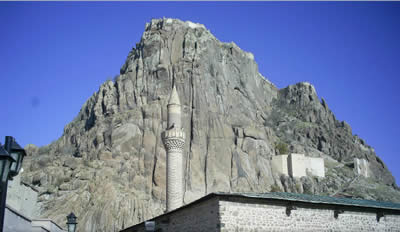 AfyonkarahisarI remained at Harbia till the end of September. Leaving there I first spent three days in a military prison in Constantinople and then three days at a place by the sea, called Sifearth. The days at the latter place were pleasant enough. Then I went to Afion Kara Hissar in Asia Minor. I had been there about a month when my leg broke out again.

At this place we managed to live fairly well. We received money through the American Ambassador - from 40 to 100 piastres a month. The monthly allowance was supposed to be 100 piastres but it was very often less - when new batches of prisoners came in to share in the distribution. Still stuff was cheap enough and the money enabled us to live without bucking the issue of Turkish "just".

At this place some of our chaps were cruelly flogged - a bulls' pizzle being the instrument of torture. I remember a Queensland chap named Mackey. A Turkish guard had prodded him with a rifle and the Queenslander promptly knocked the guard down. A Turkish Officer who went to expostulate was also laid out by the Queenslander. For this little lot, Mackay was held down and flogged and also awarded a term of imprisonment.

My wound having become worse I was put into the hospital at Afion Kara Hissar on 2nd November. I was also bad with fever and my throat was choking. There were Turkish and Greek orderlies in the ward. The Greek orderlies were fair enough but the Turks were awful. For fevers the patient was placed between wet sheets. One of the Turkish orderlies was tormenting me and I managed to lay him out. He whacked me but I managed to defend myself. The Turkish "imbashi" or corporal came along with two orderlies. They evidently intended to "deal" with me but I managed to keep them off till the Turkish doctor came. He seemed to understand English and I endeavoured to explain to him. But he handed out a dose of punishment; they had me tied down in bed for three days. The food was better than in some of the other hospitals I had been.